Making It Easy To Spend Time In The Great Outdoors

Our mission at Mountain Side to get people outdoors without going broke buying good gear (or buy cheap gear at a -Mart of some kind). We want you focused on planning and plotting your outdoor adventure, while we outfit you with the industry’s best camping and backpacking gear.

From shipping the gear to anywhere you may need it, to outfitting you in our store, Mountain Side has the gear you want. If you need more information on how this works, please check out our Rental Information page.

If ever we can help with route planning on a Colorado trek or get you to the campsite of your dreams we are here to help.

Mountain Side Gear Rental (MSGR) was created in 2010, when self-proclaimed camping guru and outdoors-lover John Hildebrandt realized the cost of good outdoor gear is a barrier for many who want to spend time outdoors. This realization came about when, as a Scout leader, John was discussing the summer camping plans with several parents who said spending money on expensive camping gear for possible one-time use didn’t make financial sense. The exchange stuck with John, and he soon found himself outlining a plan to invest money in high-quality camping gear, not for himself, but for outdoor enthusiasts like him.

Over the next several years, the initial gear investment grew to take over John’s garage, shed and two of the bedrooms in his home. Finally, in late 2015, while away on a business trip, John realized the outdoor gear rental company was his passion. With the very passionate support of his wife Amanda, John left the corporate world and  took MSGR out of the garage and into the world. In  2017, two of John’s friends invested in the company, expanded MSGR’s inventory and product offerings, and opened Mountain Side’s first store, bringing camping gear rentals to the Gateway of the Rockies in Golden, Colo. Gear was shipped directly to recipients or available for pickup at the store.

Today, Mountain Side Gear Rental stands behind its original mission – to make outdoor experiences affordable, accessible and memorable. Adventurers from around the global in need of camping tents, backpacking gear or any other camping equipment, find value in our inventory of premium brand name equipment, including award-winning gear from brands like Big Agnes, Mountainsmith, GSI Outdoors and Lawson Hammock. 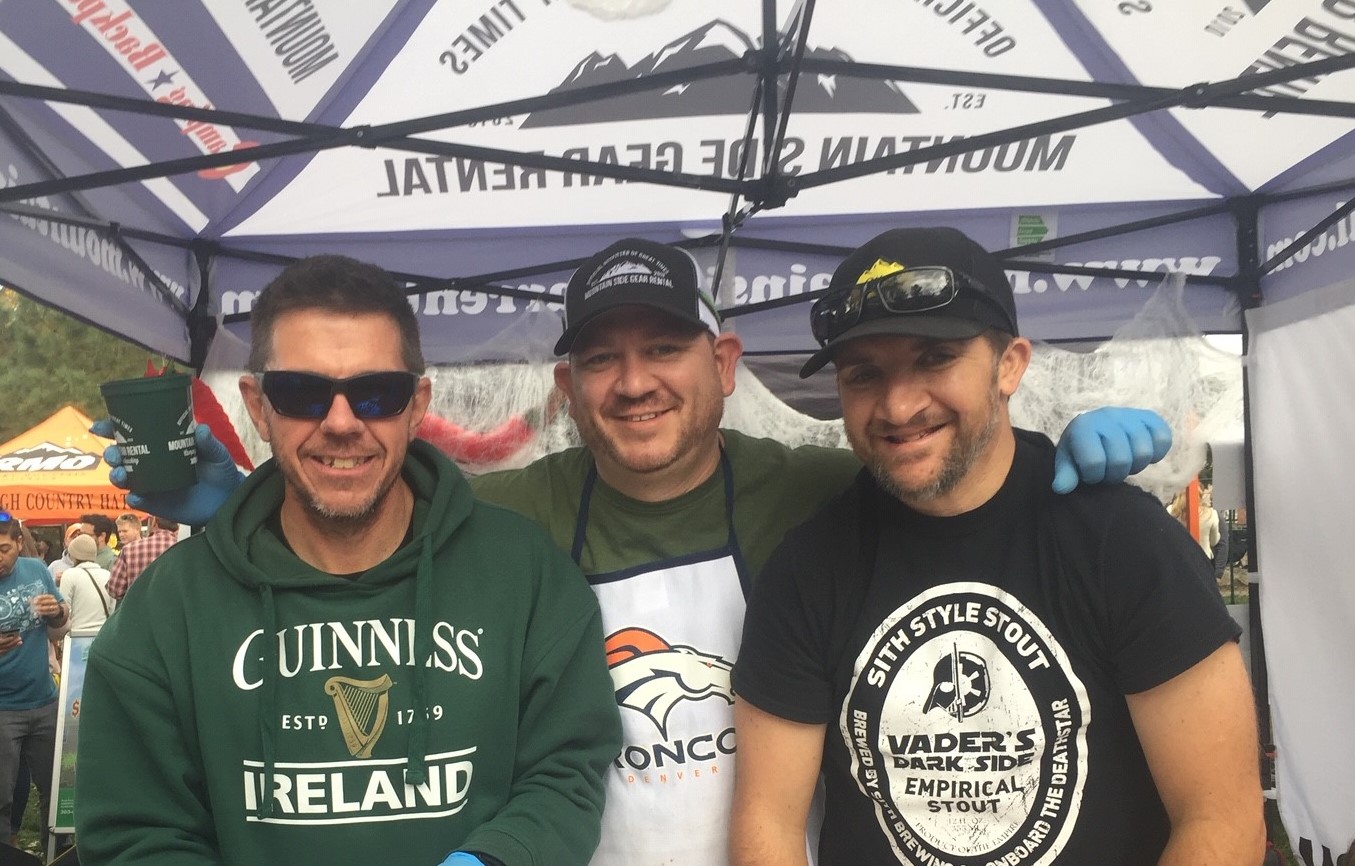 Founder. Golden is the hometown of John and like most other kids in Golden you spent your time messing around in the foothills because there just wasn’t that much else to do in Golden (Nowadays, Golden is a really cool place to live and visit and quite the outdoor hub). John was a Cub Scout and then a Boy Scout, camping and backpacking throughout Colorado no matter the season or weather. After graduating high school, John joined the United States Army as a Combat Engineer and it was during this time he honed his outdoor skills as Combat Engineers spend more time in the field than anywhere else. Hiking 20-25 miles per day with a 100+ pound rucksack and weapon was the norm which is why even today John is anything but a gram-geek with his trekking adventures.

After the Army, John spent a lot of time in college camping, backpacking and exploring Colorado. As a husband and father, John made sure the family spent plenty of time outdoors on various adventures. Sharing his love of the outdoors and the importance of mountain safety as a Scout leader for almost 10 years came naturally to John.

In 2017, John brought two friends into the business with the goal to continue to grow MSGR into the outdoor adventure resource. Their goal is to make it easy to spend time outdoors and their experiences and passion for the outdoors translates into great experience for MSGR to draw from.

In 2019 John decided to head down a new trail head toward a new career venture and that has taken him away from Mountain Side Gear Rental.  He continues to be a great friend and ambassador of MSGR!

The Proprietor of the Outdoor Experience. Born in Ohio, but bred in Colorado from 3 months old, Matt grew up in Monte Vista, CO where he developed his love and excitement for the outdoor experience.   Matt met some of the most important people in his life in the San Luis Valley including his wife Bridget, as well as one of the co-owners of MSGR.  Matt’s Southern Colorado life let me experience the wonders of camping, hiking, skiing, fishing, and hunting.

Matt graduated from Metropolitan State University here in Denver, CO in 2003.  Matt has two little girls and is a proud Father, Husband, Friend, Coloradoan, and American.  Matt is passionate about MSGR and the Colorado lifestyle, and is excited to continue to grow this company along with John & Phil.

El Prez of Awesome. Born and raised in Southern Colorado, Phil has traveled and explored nearly every part of this beautiful state and has visited all of the lower 48 states. Fortunate that the mountains have always been an important part of his life.  Enjoyment, adventure and the challenge of the outdoors has been a significant influence in the person Phil is today, and he endeavors to enjoy as many activities as possible in the Colorado backcountry, from skiing(snowboarding), mountain biking, hiking, backpacking, fishing, snowshoeing,…he needs to focus on a couple… eh… the more the better!

Phil has a full-time career in Wood/Sport Flooring industry for an amazing company, but Phil greatly enjoys his role with Mountain Side Gear Rental and working to get more people outdoors.  Phil is passionate about fostering a company that encourages people to enjoy and preserve natural areas to keep them beautiful for future generations.  So, if he is is ever around the shop, we know he looks forward to any opportunity to meet and to help like-minded individuals who enjoy getting outdoors for adventure.   After all, Mountain Side Gear Rental is the “Official Outfitter of Great Times” and Phil is confident any customer’s experience will be a positive one and the memories will last a lifetime.